as if the breakup was not enough, things started to go against my way.

nearing deadline for the super delayed portfolio, my laptop just went black. the screen just stopped permitting me to type my nursing care plan and all. and when was that? like two days from our pay day? to add, that was holy wednesday when i could expect a lot of stores to be closing down for holidays.

i had no choice but to use the money allotted for rent. thirty minutes after, my laptop is working again. and just when i thought everything is beginning to be okay, i had a patient who had to remove his iv line because he just wanted to stand. he could have called me but then again, at 95 years old, would he mind my concerns? so there, i went home at 8:00 am when i handled only three patients.

i thought again, it is okay. i will be on off duty for like four days.

but thing is, i got robbed on a holy thursday!

it could not get any worse. so now, i do not have a decent mobile phone and it feels like i have not taken a vacation at all with all the sleepless nights and trauma of being threatened by a teenager.

so march, thank you. thank you that will be a thing of the past along with all the bad memories.
Posted by Charltoninho at 11:25 PM No comments:

"Performance artists Marina Abramovic and Ulay met in 1976 and began an intense love story that resulted in a decade of influential collaborative works. When they felt the relationship had run its course, they decided to break up at the Great Wall of China, where both artists walked from opposite ends, met in the middle for one last hug, and said goodbye.

From March 14 to May 31, 2010, the Museum of Modern Art mounted a major retrospective and performance recreation of Abramović’s work. During its run, Abramović performed The Artist is Present—a 736-hour and 30-minute static, silent piece, where she sat immobile in the museum’s atrium. Visitors were encouraged to sit silently across from the artist and become participants in the artwork. Without her knowing, Ulay had come to sit in front of her."

why this video? wala lang. i just had my first break up. ganun lang. walang drama. walang regrets. walang lungkot. exactly what the relationship was all about: wala lang. benj says im not being fair to the person. dahil may pinaghuhugutan? yes. to think it happened to him, dapat man lang sana i cared for the feelings of the person.

i was unfair. and yes, i am still in love with myself.
Posted by Charltoninho at 11:55 PM No comments:

three weeks. the length of being away from our unit and to my colleagues. in an instant, what i have known as my second home vanished. in it, the people whom i have come to love followed. it feels strange that these familiar faces start to become strangers for me. each time i go to my locker to prepare for another lonely shift, i cannot help but feel sad.

changes. i hate them. especially when they come so sudden that no warning is even given. but the thing with this recent changes, i have come to appreciate more what i have with telemetry- the staff nurses, ward clerks and nursing aides. even the type of patients and the routines that we do. as i type this, i have yet to submit school work for three subjects. depressed? probably. out of focus? maybe.

i guess i need some cool change...
Posted by Charltoninho at 9:51 PM No comments: 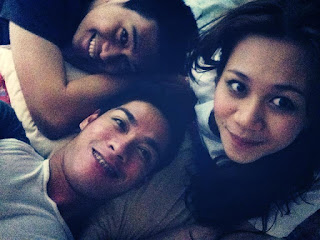 i mean, how can i leave them?

two months is too long to be away from my second family. i miss them already. . .
Posted by Charltoninho at 12:58 AM No comments:

one week has passed and our unit is still closed. no repairs have been made and everyone is going crazy. what are you going to do? 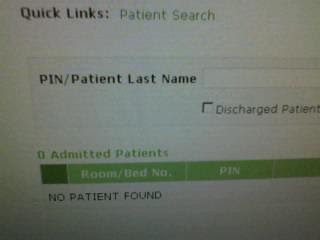 looking for some wisdom....
Posted by Charltoninho at 1:38 AM No comments:

to sum it up: it was a tiring and exhausting.

my day started really well until a patient started to feel nauseated and vomited. then, the baptism of fire happened. i guess it could have been easier if i had the necessary tools-familiarity with the unit, a password to keep my need for the supplies answered and probably just the little things that make a shift smooth-micropore, calculator (lost it during the shift), marker and some nourishment.

to be fair, there were some people who were really kind. and helpful but then, home is really where your heart is. even if you had the busiest and craziest shift, still, if you are with the people that you work with on a regular basis, everything seems fine. i really do not know how long i can stand these- different unit, crazy shifts and the feeling of starting again.

Posted by Charltoninho at 12:34 AM No comments:

today, i spent my first day with the new unit i will be assigned to for the next two weeks.

it felt like starting all over again trying to win the respect of the people that i will be working with. except for the old patient that we usually have in my old unit, all of the people are new to me. even the medicine residents. 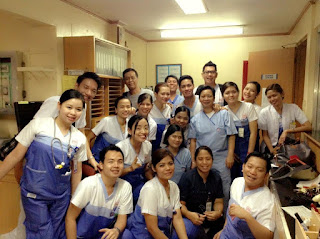 i miss them already.
Posted by Charltoninho at 11:11 PM No comments:

A Closure and An Opening 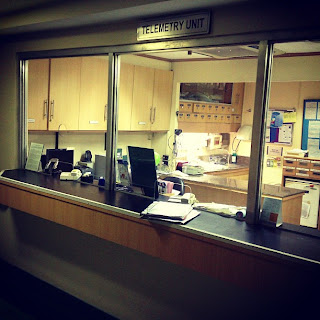 this has been my home for the past year. its closure for renovation starting on march 4 kills my heart. and the rest of my colleagues.

the closure is forcing me to decide fast. is it time to go back to the intensive?
Posted by Charltoninho at 11:57 PM No comments:

as far as i know, monster mom is in midlife crisis. coupled with her actual menopause, her constant "temper tantrums" and impatience were just some of the highlights.

monster mom never really had to work in life. after marrying dad, she spent her life taking care of us. with the help of yayas. she never practiced her profession which was midwifery. now that we are all grown up and the financial situation of the family is really not that pleasing, she kinda makes us feel that the life she is living right now is something she did now dream of.

complains. whining. comparisons to the life of her friends at the gym. my dad, my brothers and my sister- they just remain silent. i feel like her crisis is something that affects us all.

i don't know. i guess she has to conquer her monsters after all.
Posted by Charltoninho at 11:27 PM No comments:

i should have finished three chapters of my modules for oncology nursing. but, i could not help but blog. good luck to me.

i need help. my procrastination is getting worse.
Posted by Charltoninho at 10:33 PM No comments: